By way of introduction, the first series of articles on the Bach Flower of the Month will focus on the Twelve Healers. These were the original remedies discovered in the 1920s and 30s by English physician Dr. Edward Bach as he searched for a totally noninvasive method to heal all ills—physical, mental, and emotional—a goal he had since childhood. He was an intuitive, observant ‘sensitive’ who recognized the effect of the mind’s negative vibration on the body and the resulting illness that followed. He sought the way to shift this vibration to restore harmony and peace, resulting in health. He had also been taught the concepts of Astrology and recognized the characteristic thoughts and behaviors in people with certain sun signs.

Leaving a successful homeopathic practice in London, he returned to Wales where he spent time in contemplation. One morning, he realized the dew on flowers in the garden would be taking on the energetic vibration of the flowers. He decided to recreate in himself the negative vibration of a specific sign. Then he extended his sensitivity to notice which flower’s energy would bring him back to peace. At first collecting and using the dew itself, he found the effect he wanted, but knew he could not get the quantity of remedy that would be required by tapping dew off petals. 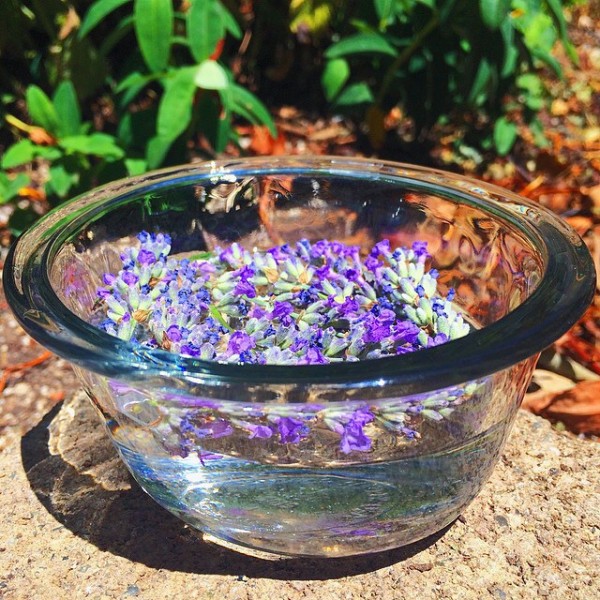 He experimented with the Sun Collection method. The flowers themselves were placed into a glass bowl of spring water that was set in the sun for a day. In this way, the vibration of the flower was transferred to the water. Removing all the plant material, the water was preserved with a small amount of brandy. The effects of this ‘potentized’ water were successful, and this method allowed more stock bottles of the remedy to be created. Drops of the remedy could be taken directly or put into a bottle of spring water and sipped occasionally during the day. Interestingly, the first remedy he sought was for ‘fear of worldly things,’ a quality he found in the sign of Capricorn. The flower carrying the balancing vibration is Mimulus.

January is associated with the Zodiac sign of Capricorn, while the Sun transits this Earth Sign from the Winter Solstice until January 19th (this year), when it shifts into Aquarius. As an earth sign, Capricorn is naturally concerned with the physical, material world, and wants to know the ground is solid under its feet. A ‘traditionalist’ in most things, the individual with strong Capricorn influence in their chart will take the ‘tried and true’ path to reach their usually lofty goals. The Capricorn desires respect and to be thought of as ‘the best’ at whatever they do. They often think that life is “hard” and filled with challenges, which they approach with seriousness of purpose and an unflagging persistence.

Capricorn naturally falls in the section of the chart that concerns the career, public life, and public image. Capricorns are strongly sensitive to and influenced by the opinions of others, particularly their family, where they have strong attachments. They will want their mate and friends to be accepted by the family, and admired, too. Individuals with a strong influence from Capricorn or Saturn (Capricorn’s ruling planet) tend to be reserved and conservative in demeanor, self-expression, and dress.

Spiritually, Capricorn is the sign of the Initiate, who bends the knee to a Higher Master and Higher principles. Ruler Saturn is thought of as the Lord of Karma, and the idea that ‘as we sow, so shall we reap.’ On the quest for enlightened consciousness, lessons are given, obstacles are overcome, and the foundation of Spirit is strengthened. The desire for material success in the outer world becomes aspiration for the Light. This is also the sign of the Bodhisattva, or Realized Being who, having achieved liberation, returns to the earth to assist the spiritual growth of others. A famous Capricorn of this nature was Paramahansa Yogananda.

In the Bach Flower original system of the Twelve Healers, Mimulus is Capricorn’s flower. It is indicated for relief at times when the focus on public image, status and seriousness becomes extreme, creating “fear of worldly things—tangible fears of specific things or circumstances that arise in everyday life—and insecurity based on past experiences. The personality becomes cautious and withdrawn, despite the dread of being alone, since that equates with being ignored. They are particularly uncomfortable in the company of those they consider “above” them in any way. Displaying little or no warmth or humor, they can become unscrupulous in pursuing their goals out of fear of not achieving. They can also procrastinate due to fear of the outcome. When the pressure gets too great, a chronic pattern of physical symptoms also appears.

With Mimulus, the law of the soul and Spirit replace the laws of the material world, bringing peace, courage, and certainty back to the personality. This then creates more balance in the approach to public life and activities, allowing the person more time for quiet contemplation.
Along with the alleviation of fear, Mimulus restores the ability to face the world with courage and a cheerful, balanced outlook. It replaces suspicion and envy with compassion for the fears of others.

While it is Capricorn’s flower, it can be used by anyone with a temporary or chronic feeling of fear -- such as fear of flying or fear of disease. In fact, it is the Bach Flower I suggested most often during 2020 as so many people were suffering acute fear of things happening in the world. We had a Paradigm Shift as Saturn and Pluto joined in Capricorn. We had many other planets in this sign over the year. Mimulus shifts the vibration of negative beliefs that separate us from the inflow of Divine Love and restore our capacity for union and joy.

Some affirmations that resonate to Mimulus are “I am already released from my fear,” “I feel inner strength and courage,” and “Every problem is an opportunity for growth.” 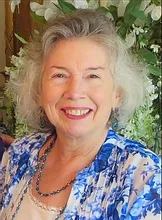 Rev. Shellie Enteen is a Registered Aromatherapist with over 30 years of experience and practice. Shellie has spoken at professional conferences, taught continuing education in Aromatherapy and continues to provide online classes, and continuing education through the SC AHEC (Allied Health Education Corporation). She wrote the column “The Aromatic Message” for Massage Today magazine from 2003-2013 and her articles appeared in Massage Magazine and The Aromatherapy Journal of the National Association for Holistic Aromatherapy, where she served on the Board for nine years as Vice President.

She is available for personal Bach Flower consultations and online classes. Reach her through her website shellieenteen.com