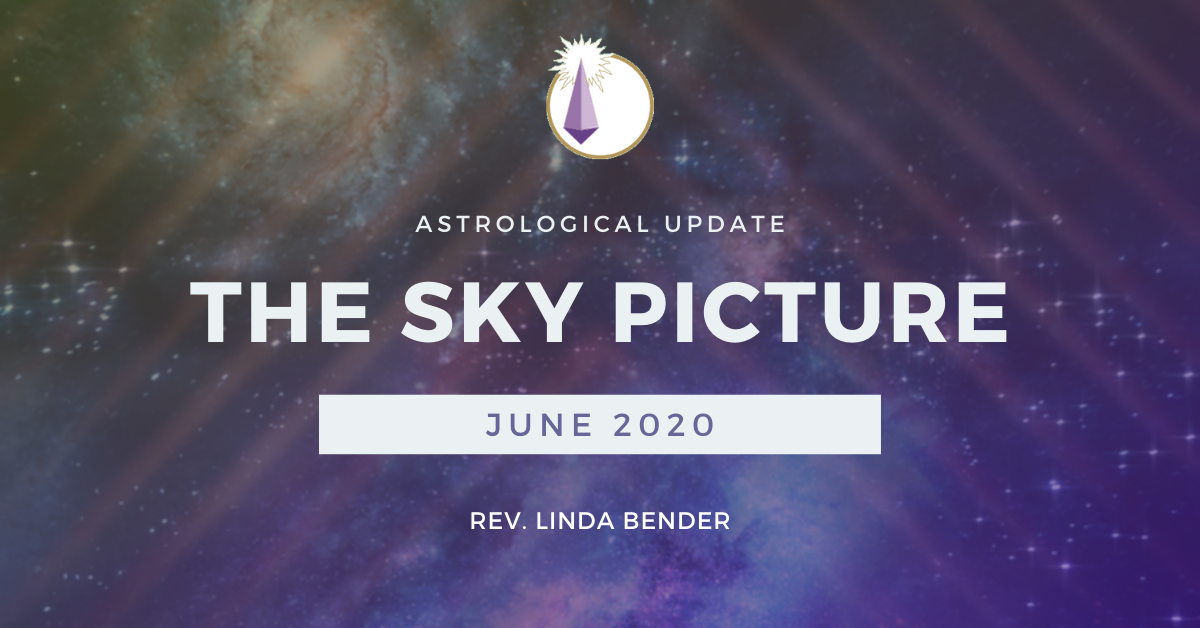 The Sun is in Gemini through the 20th. Gemini is a mutable air sign and very sociable. Gemini’s ruling planet is Mercury which symbolizes communication; Gemini’s are very verbal people. They usually “talk with their hands.” They can be very scattered as their minds are darting in all directions and they can become easily bored. They can be very mercurial and they are the mediators. They have a year of change and revelations ahead of them.

The Full Moon is June 5th in Sagittarius, Gemini’s seventh solar house, which is the house of relationships. It is the Lunar Eclipse. The Moon is opposite the Sun/Venus conjunction in Gemini. This eclipse is showing the need to have flexibility in a relationship. Rev up the old communication skills. The Sun/Venus opposition to the Moon is also in a t-square to Mars in Pisces. This can be a very volatile situation! Everyone wants to be heard! Gemini is the sign of the twins and Pisces is the sign of the two fishes so they both have two sides to them. That is at least four sides wanting to be heard and maybe more. There has to be diplomacy and tact or the situation can definitely escalate. It is also a great time for ideas and concepts. It can be a time for new beginnings.

On June 1st the Moon is twenty-six degrees Cancer opposing Pluto and Jupiter in Capricorn. For Gemini’s it is affecting your finances and self-worth. Try to spend as little money as possible right now. Also, it could be indicating a relationship that is no longer viable and needs to end. A different relationship may become stronger, however.

The New Moon is in Cancer June 21st and there is a Solar Eclipse. It is also the Summer Solstice. With the Moon being in its natural sign and being zero degrees it greatly intensifies the effect and makes it a very special eclipse. The Sun is also zero degrees Cancer, right on top of the Moon! Wowee! This is intense fire, heat and emotions! Do not stick your foot into your mouth. Tread water lightly for a couple of days until the atmosphere cools off. It seems like a definite time to launch something new. It is always positive to write down your ten intentions for the month on the morning of the Full Moon. Being as it is in Cancer your intentions should have to do with home and family. It could be within the home or in a structural sense as in remodeling. No matter whose chart it is or as to where the eclipse is it will have a great impact on you.

The Pluto/Jupiter dance in Capricorn is in your eighth solar house. You could end a relationship that is no longer viable, but strengthen another one. As Neptune keeps going back and forth through your solar tenth house of career you could have some confusion about career choices. You could also have a career in the metaphysics or spirituality.

Maverick, erratic Uranus is in your solar twelfth house. Go after the areas that appeal to you. It could be hospitals, prisons or mental institutions. It could also be karmic and deep spiritual truths.

It appears that Gemini could have both relationship and career changes this year which is probably for the best. In these uncertain times we are in, changes are to be expected. It is what we do with them that is important!